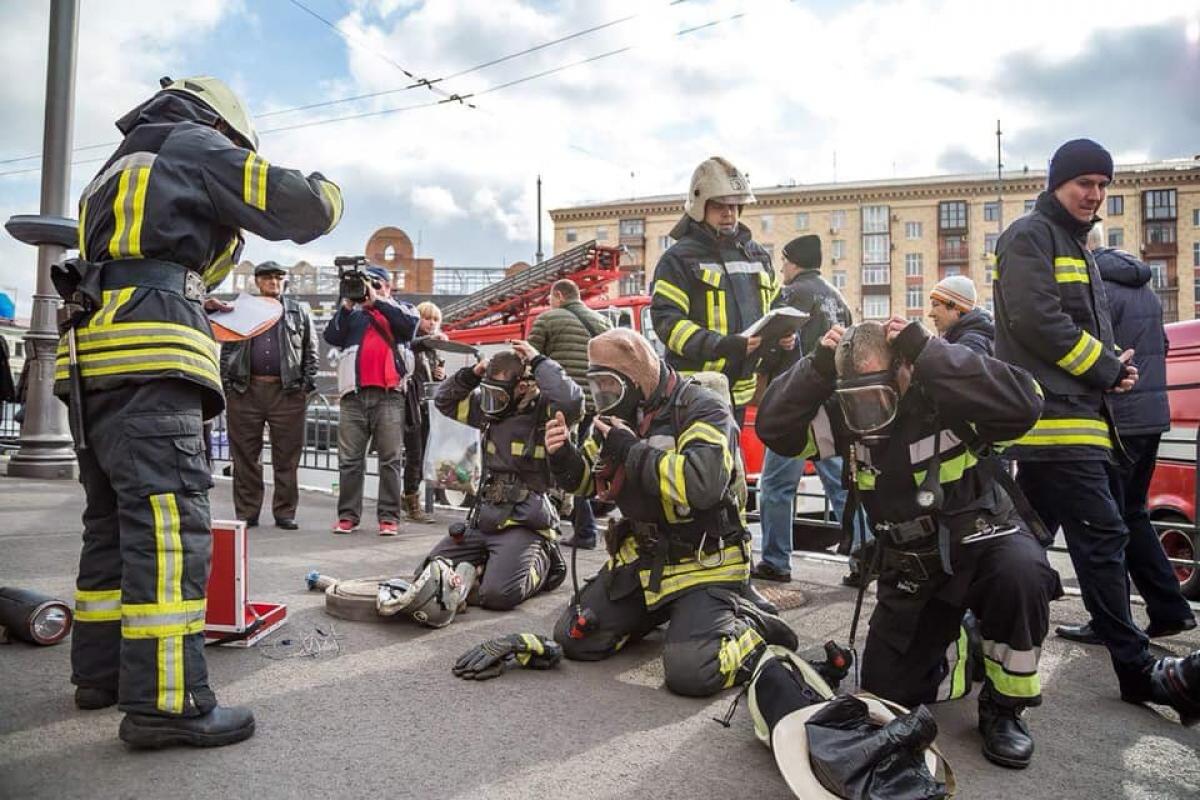 Exercises to work out fire safety measures were held today, October 26, in the building of the Central Department Store, in the premises of CE "BTI".

According to legend, a fire occurred in the basement of the building, as a result of which smoke began to smoke in the front office of the BTI. To simulate smoke, rescuers launched artificial smoke. BTI employees evacuated all visitors - about 50 people, transferred the call to the console by pressing the alarm button, reported a fire on the phone and de-energized the room.

According to the director of the Registration Department, Oleg Drobot, the staff of the BTI front office did not know that exercises would be held. “We systematically conduct internal briefings for employees on fire safety rules, but for the first time such exercises were conducted in a situation completely close to reality. After the exercise, the results will be summarized, rescuers will point out to us possible shortcomings in the behavior of employees in such situations", - said Oleg Drobot.

He also stressed that such events will now be held regularly. “I am grateful to our applicants for their understanding, we brought them some inconvenience, but tried to organize the work in such a way that people were on the street for no more than 10 minutes,” noted Oleg Drobot.

As the Deputy Head of the Operational Coordination Center of the State Emergencies Service in the Kharkiv region, Alexey Sirenko, said, the main task of the BTI personnel - to transfer information to rescuers in time, count visitors and evacuate them - was completed.

In total, 15 people of the personnel of the State Emergencies Service in the Kharkiv region and 4 units of special equipment were involved in the exercises.